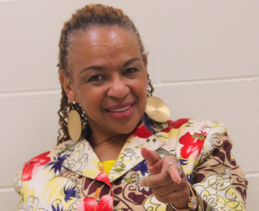 In 2010 she accepted the position of Director of the Mayor’s Office of Re-Entry, City of Indianapolis and expanded the span and effectiveness of that Office exponentially.  In December, 2011, Maxine relocated to Savannah, GA and was contracted to served as the first Director of the Chatham County Sheriff’s Office Work Release Program during its inaugural year of existence under Promised Land, LLC.  In 2013, she accepted an Instructor position at Armstrong State University in Savannah and was promoted to Lecturer in 2014.  During this time Maxie assisted in the founding of Georgia's first official Student African-American Sisterhood (SAAS) Chapter. In 2018 Armstrong State University and Georgia Southern University consolidated and officially became Georgia Southern University with campuses in Statesboro, Savannah, and Hinesville, GA.  Dr. Bryant was appointed to be the Interim Associate Provost of Diversity/Chief Diversity Officer.  She remained in that role until 2020.  At that time she left that position to lead the Center for Africana Studies and to create the Gullah Geechee Cultural Heritage Center. Her work in the African American/Gullah Geechee community led to her becoming a regular guest contributing journalist for the Savannah Morning News.  Her monthly columns focus on the local Black and Gullah Geechee communities. In 2022 she received the Outstanding Journalism Award for a Serious Column by the Georgia Press Association for her pieces about the Gullah Geechee communities.

Maxine served as the Community Co-chair for the Georgia Prison Reentry Initiative in Savannah and as the Project Consultant for the Savannah End Gun Violence project.. With successful offender reintegration as her God-given passion, she presents Trauma Informed Care workshops to professionals in corrections, addictions, and mental health and re-entry focused workshops to laypersons.  She recently expanded her focus to include workshops on Trauma Informed Work Places.

Over the years, Dr. Bryant has developed and demonstrated a keen ability to assist organizations in several challenging areas.  These include executive coaching, board development, team building, intra-cultural relationships, effective communication, stress management, and program/strategic planning.  Recently she decided to focus on four primary areas:  Trauma Informed Care, Teambuilding, Effective Societal Prisoner Reintegration, and Diversity/Equity/Inclusion.  She takes the time to design each workshop, each technical assistance project, and each speaking engagement to meet the specific needs of the requesting organization.

In addition to her many accomplishments, Dr. Bryant has received several honors and recognition over the years.  In 1993 she was selected to be among 25 Indianapolis residents recognized as up and coming community leaders to participate in the Stanley K. Lacy Leadership Series.  In 1994 she was recognized as one of America’s 2000 Notable Women. She is listed in the 1998 editions of the Marquis Who’s Who in the Midwest and in the International Who’s Who of Professionals. In 2014 Dr. Bryant received the Annual MLK Faculty of the Year award at Armstrong-Atlantic University. In 2018 she was honored with the Top Advisor Award and the Always Strong Armstrong Alumni Recognition. In 2022 she was selected as a TedX Talk speaker.  She chose to focus her talk on prisoner reintegration.

While these honors are indeed meaningful, Maxine’s greatest honor has been the privilege of parenting her daughter, Mayosha (31) who passed in November, 2011, her son, Jonathan (35), and her step-daughter, Khalilah Shabazz (46).

All of her degrees have a concentration in Criminal Justice & Corrections